Assassin’s Creed Valhalla takes place toward the end of the ninth century, a time when due to endless wars and a lack of resources, Norse tribes were leaving their homes in Scandinavia and sailing to the collection of fractured kingdoms known as Anglo-Saxon England.

Valhalla’s main protagonist is Eivor, a fierce Viking raider, and a clan leader. The game begins with Eivor’s clan leaving their home in Norway to go off to England with the objective of settling down and finding a more permanent home. You be able to go back to Norway again whenever you want, but the majority of the game will be in England and is supposedly huge. Valhalla focuses on four major kingdoms of England: Wessex, Northumbria, East Anglia, and Mercia. Within that, there are three major cities: London, Winchester, and Jórvík. 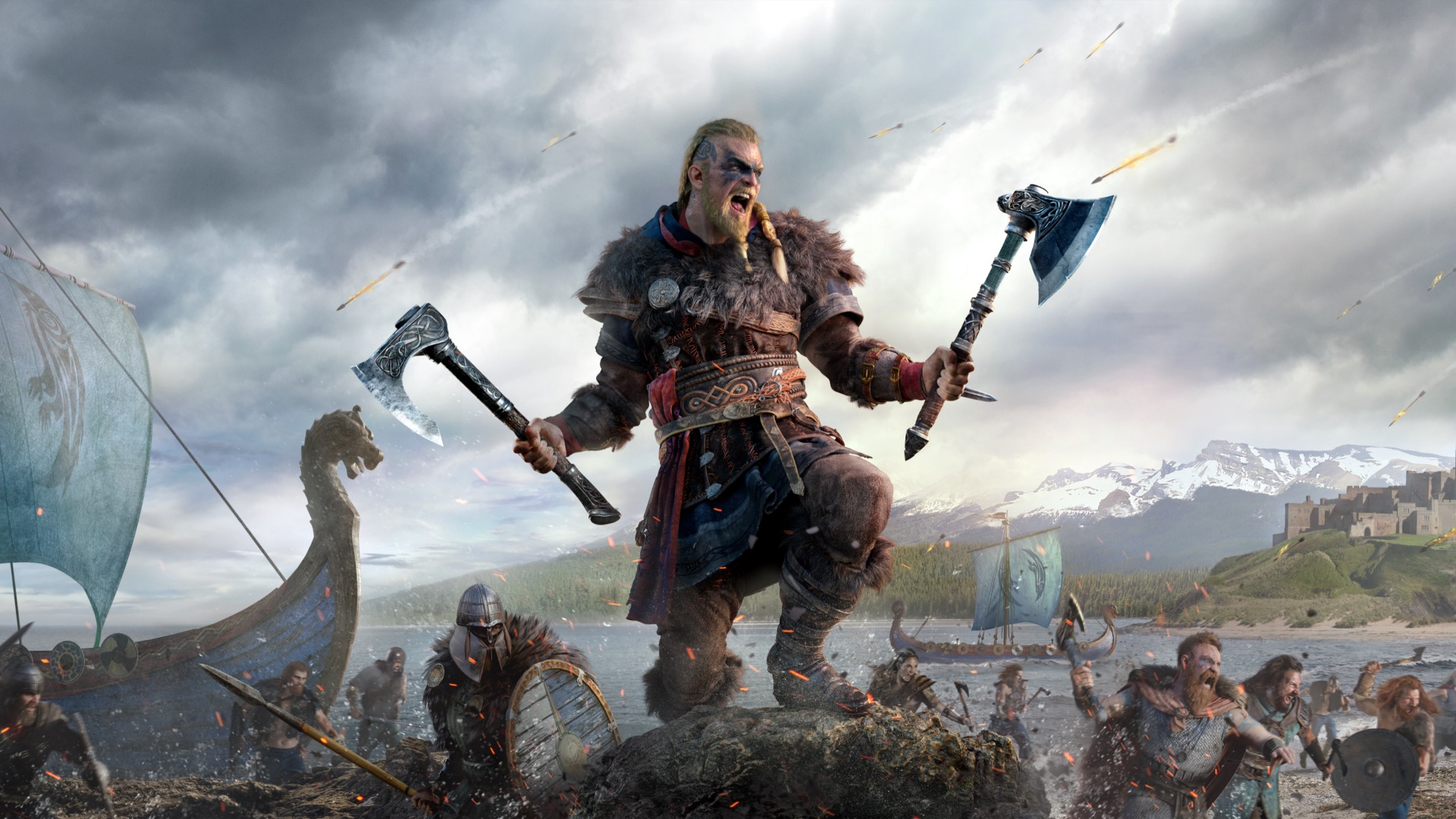 Players will be able to choose to play as either a male or female Eivor and will have access to customization tools, including the ability to customize hair, tattoos, war paint, and gear. Every piece of gear is unique, and you can use the same equipment from beginning to end if you want to.

The hidden blade is back. Eivor gets it after meeting with the Assassins at some point early on in the story. Eivor has the hidden blade mounted atop the arm, unlike previous Assassins (except for Darius).

The hidden blade is back.

The theme of home and settling other lands are important for the story and Eivor. One of the things you’ll do when arriving in England is building a settlement for your people that serves as your base. The settlement will be at the center of the game’s quests and the center of the decisions you make. Big story arcs will begin and end there. As your settlement grows, new buildings will be available to customize and upgrade, such as barracks, blacksmith, and tattoo parlor. You will also be able to recruit new clan members at your settlement. The game will delve into Viking’s day-to-day life and culture, more prominently with the settlement, but also through specific activities that the player might get involved in, such as hunting, fishing, and even drinking contests. 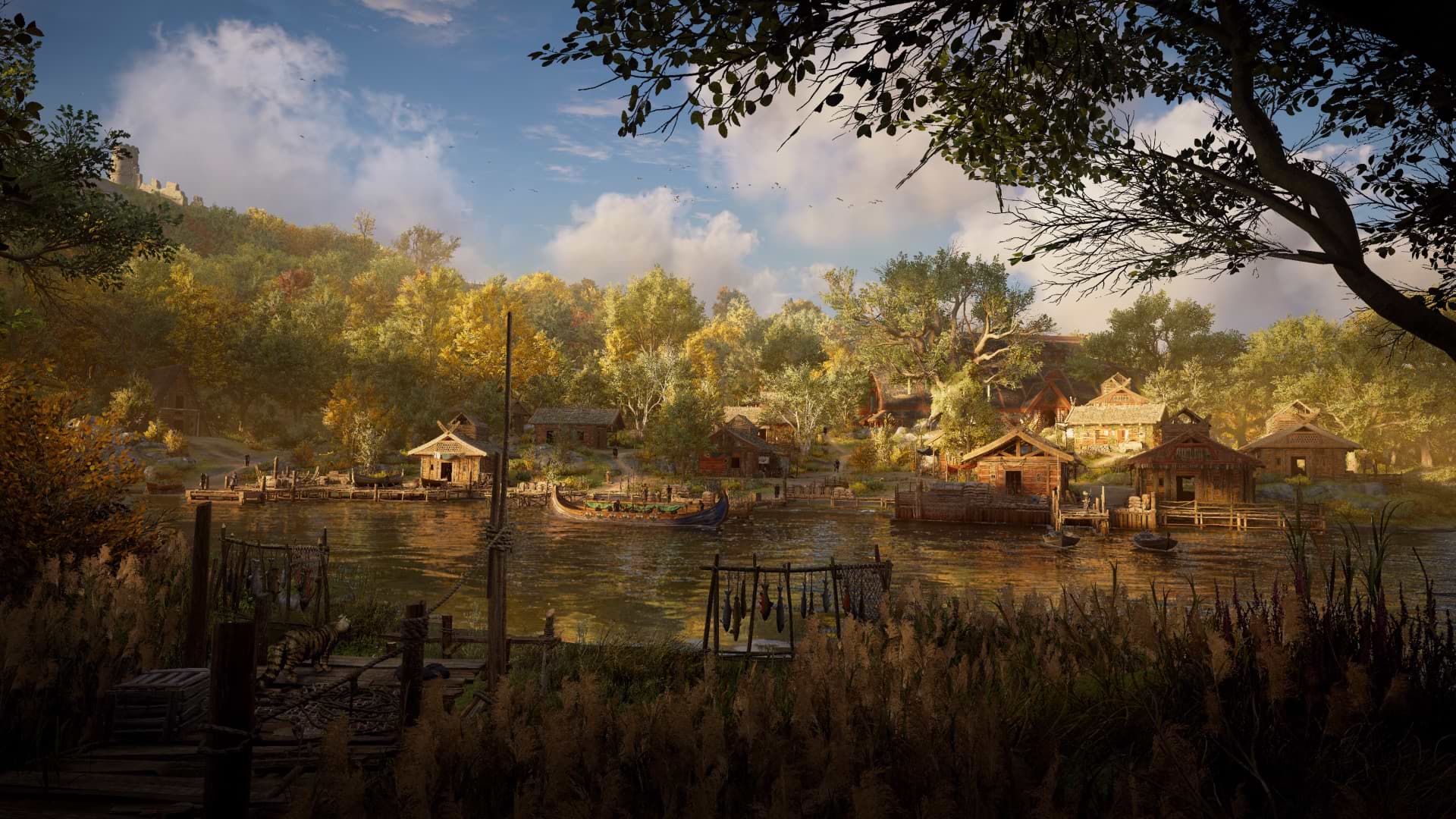 One of the historical characters that Eivor will come across is King Aelfred, who is an antagonistic figure in the game. Aelfred is a very important character in England’s history. He was the ruler of Wessex, the only kingdom that survived the Viking invasions.

Valhalla’s combat system is both brutal and visceral, with a real sense of weight and impact during close combat. A big part of the combat system is Dual-wielding. You can dual-wield any weapons. It will even be possible to dual-wield shields. You earn new abilities through a system mechanically similar to a skill tree. What you can accomplish is more about gear and skills, not character levels. The ability to throw axes just like Eivor does in the trailer is in the game as a skill.

Valhalla’s combat system is both brutal and visceral.

Eivor will also have a longship that he or she will be able to use to go on raids. Eivor’s longship has a crew, including warriors, you can customize. Beyond raiding, there are assaults. Assaults are attacks on giant fortifications – these are big set-piece moments that are wrapped up in the narrative.

You can use your longship to go on raids.