Announced back in 2015 after humongous demand, fans were thrilled that their favorite childhood game is finally in development after years of pleading. Little did they knew it would take five more years for them to experience a portion of the original game in its full glory. At last, part one of this huge adventure is here, and we at GameJagat are ready to tell our verdict. So, let’s look at different aspects of Final Fantasy 7 Remake and what makes it wonderful.

Final Fantasy 7 Remake is a beautiful game with great lighting effects and next-generation like character models thanks to Unreal Engine 4, which makes it one of the best looking games available. Some fantastic little details like Cloud’s hair moving in the wind or the beautiful particles coming from Mako plus the jaw-dropping cutscenes make the game look phenomenal. But with the PlayStation 4 reaching its end the hardware limitations of a six-year-old console is clearly visible in the semi-open window segments of the game where the texture takes a reasonably long time to load, and some places even have 2D textures also the high amount of NPC popping damages the overall graphics of what otherwise a breathtaking game. 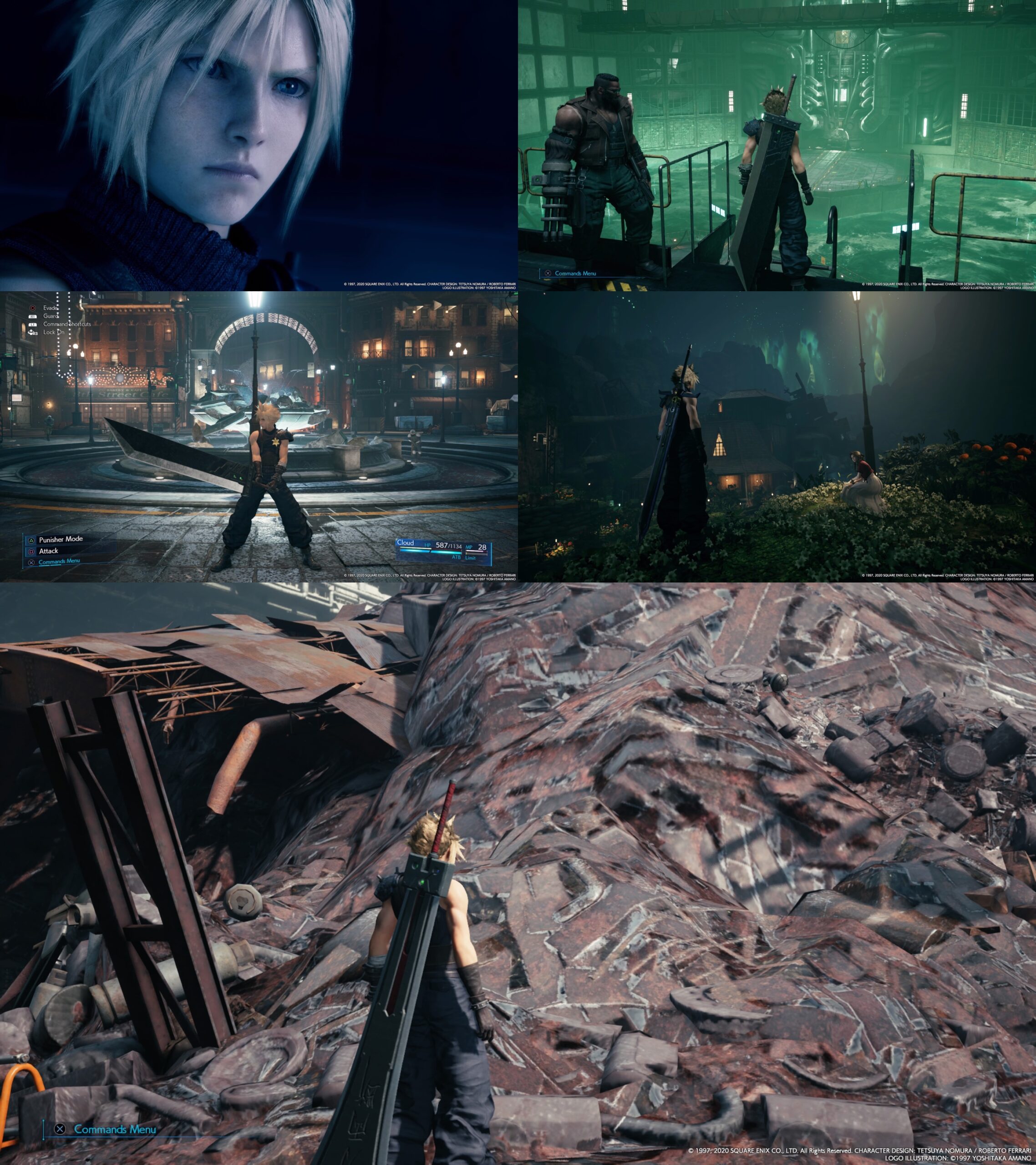 The remake reintroduces us to Nobuo Uematsu (the original composer of Final Fantasy 7) along with the incredibly talented Masashi Hamauzu and Mitsuto Suzuki. They have not only created some fantastic new soundtracks like Hollow but also remastered the old ones to perfection, which will please both the old and new fans.

The game also features collectibles in the form of music CD’s which you can collect and play on the jukebox available in specific locations. There are various other sound effects like how walking on the metal surface creates different sound from walking on paved roads there are many other little acoustics like this that helps in increasing the immersion. Overall I was mesmerized by the sound design and the music when I first started the game till the very end when credits started rolling. 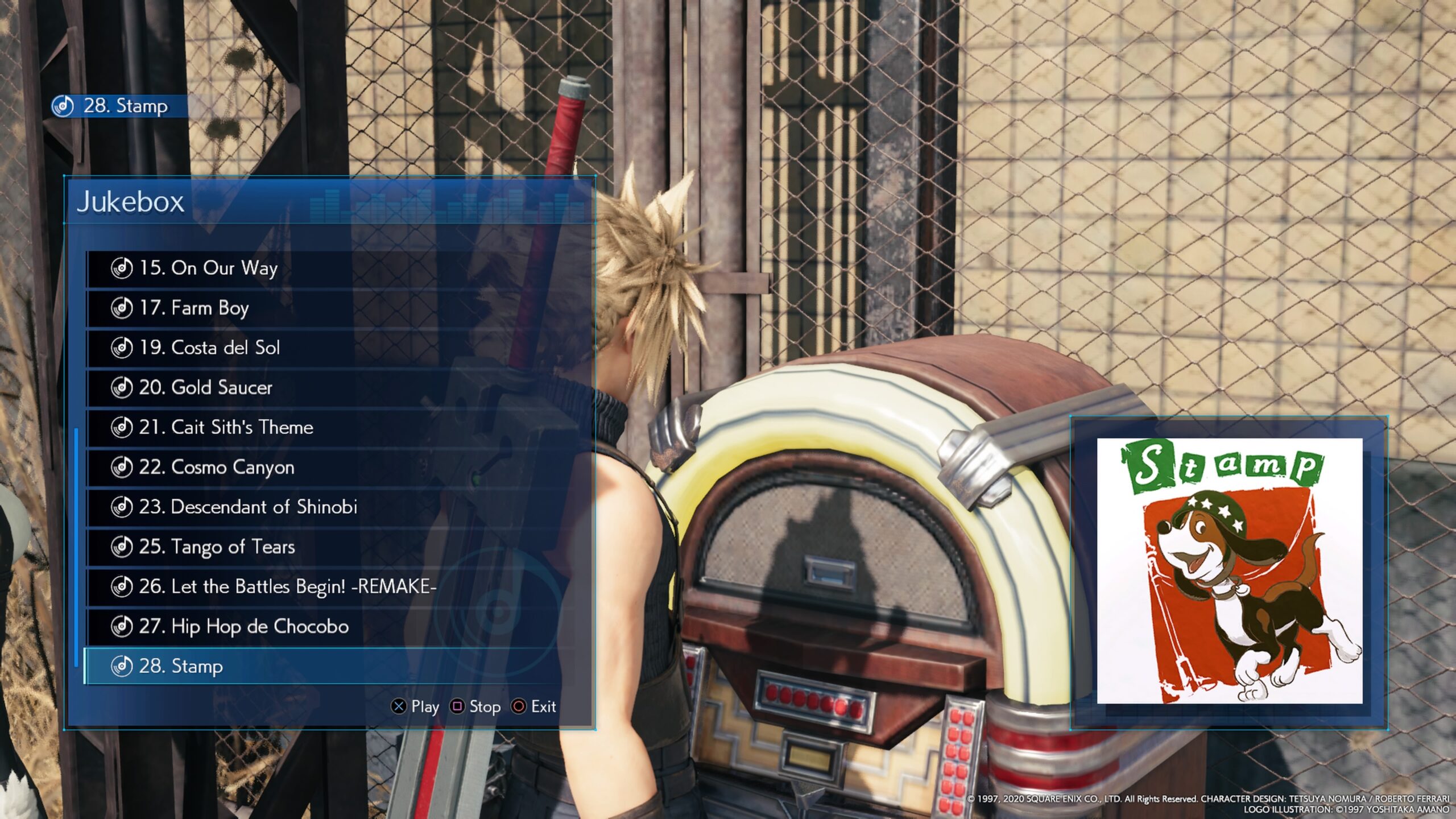 The jukeboxes can play the music CDs collected throughout the game.

FF7R tells only a minor portion of the original story. Set in Midgar, a city controlled by Shinra Electric Company, which is continuously extracting rare natural resources called Mako. Their never-ending desire for power gives rise to an eco-terrorist group called Avalanche, which hires an ex-soldier Cloud Strife for what started as “one time gig” slowly turned into an adventure which will be cherished for ages. Apart from the top-quality writing, what enhances the story is the excellent direction and cinematography, which will leave you jumping with excitement during some crucial sequences. It is a hit right from the beginning, and by the end, it takes you, on the whole, another level, which will leave you wanting more.

Characters in FF7R are like a breath of fresh air; each has unique personalities and backstories. Starting with the protagonist Cloud Strife with his gelled up hair and humongous but iconic Buster sword sets him apart from any other Hero in gaming. The main cast of characters includes Barret, a big guy with a gun for a hand filled with anger and motivation to destroy Shinra, who likes to take all guns blazing path is certainly not the sharpest one in the group but surely is instantly likable. He is accompanied by Tifa, a childhood friend of Cloud. She believes in punches and kicks rather than using weapons, and she delivers every blow and delivers it hard. Along the way, Cloud meets with my favorite character, Aerith, a local florist but with a secret that will decide the fate of every other character.

My favorite and one of the most interesting characters in FF7R is Aerith, a local florist with a secret.

The game has other amazing side characters like Jesse, Biggs, and Wedge, who all are beautifully crafted and has more depth than the original. The remake introduces Sephiroth, a strong antagonist from the original game. Little is known about him except bad things happen whenever he shows. With the previous game having no voice over, it was a tough job for Square-Enix to find the perfect voice actors to do justice to these Legendary Characters, and they did just that.

FF7R introduces a new combat system different from the turn-based combat of the original game. This time the player is allowed to move and attack freely, but the depth of the combat comes from the command menu which slows the time and allows the player to use abilities, spells or items accordingly. The player can command different characters at the same time from here which makes every character more involved in the battle. Each character has a different set of abilities and special moves along with some spells that you can use once the ATB gauge fills. Each action consumes one or two ATB gauge charges depending on the action you are performing. One other important part of combat is materia, a colorful glowing orb that allows you to cast different types of spells or increase the stat of your weapon and armor.

There are many cool-looking and satisfying special moves to pull off in the game.

The combat is challenging, and you must approach every enemy differently, or you may end up dead. One easy way to do this is to use Assess materia which allows you to scan enemies to know their weaknesses and strengths you can also fill up their pressure gauge to stagger them while staggered they can no longer attack, and you can also deal more damage. My one small gripe with combat is that some essential mechanics are not explained properly to the player. Taking everything into account the combat is one of the best I’ve experienced this generation.

Boss battles are a vital part of an RPG, you cannot have a great RPG without some epic bosses to make your journey difficult, and FF7R nailed it by having some of the most challenging and fun to play bosses in recent memory. The remake consistently delivers one epic battle after another, each different from the previous one, and requires a different approach every time. Every boss has some unique abilities and weaknesses, which we can learn by using the Assess materia, and the knowledge of your enemy helps you to have the upper hand.  Nearly every boss is from the original game with few exceptions—the old ones reimagined in such a way that they somehow feel more epic and dangerous. 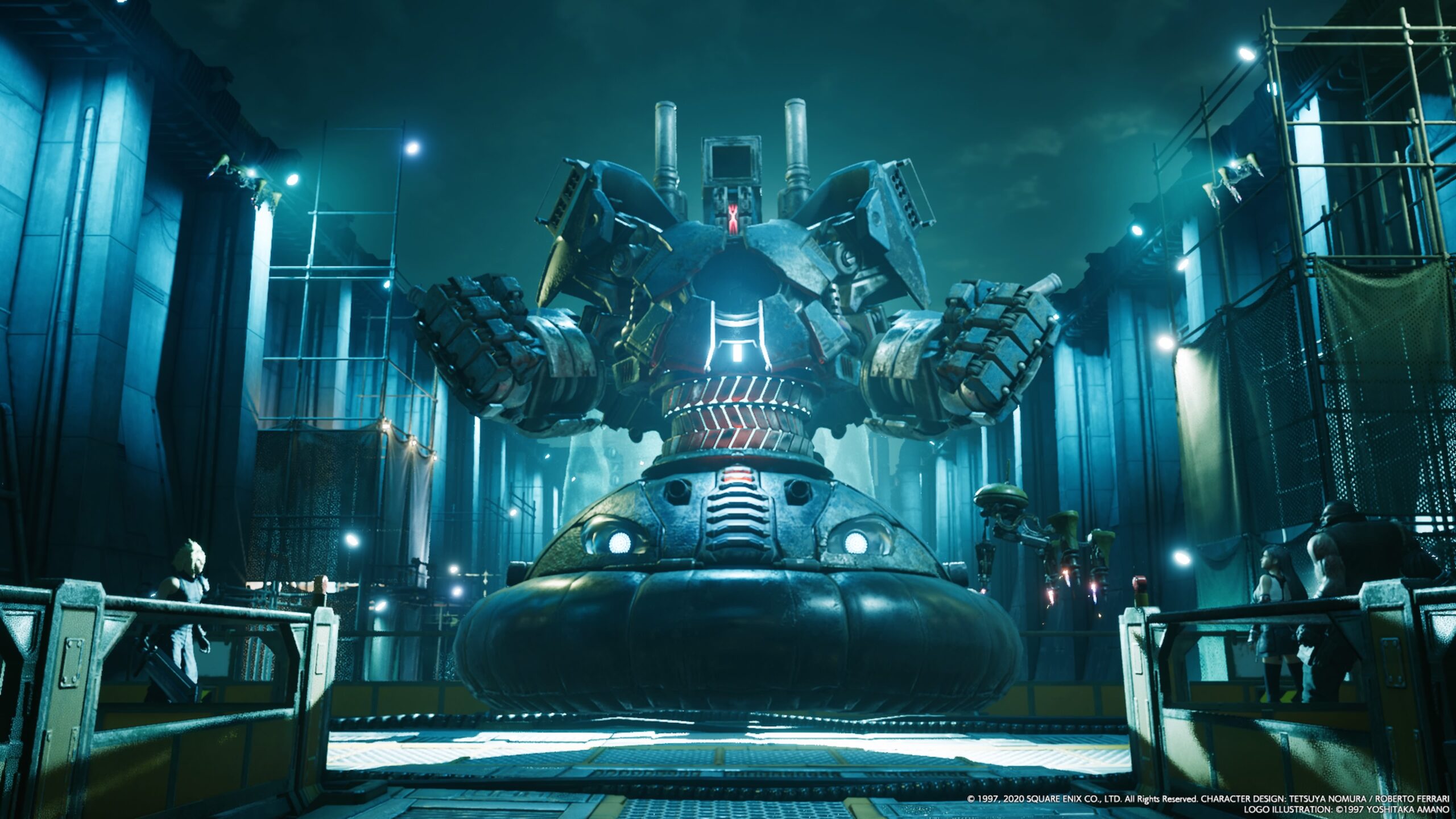 The bosses in FF7R are some of the most challenging and fun to play in recent memory.

Final Fantasy 7 Remake is essential for anyone who loves RPGs, let alone Final Fantasy. I thoroughly enjoyed every minute of my 49-hour journey if we ignore some minor hiccups like bad texture quality or average side quests, but that doesn’t hide the fact that at last… the promise has been made.