The first images of DualSense.

Haptic Feedback: Sony has incorporated haptic feedback to change the way players do certain activities in the game. Haptic feedback creates a sensation of 3D Touch with the help of vibrations when a user applies force. So this feature adds a variety of powerful feelings you’ll feel when you play, such as the slow grittiness of driving a car through the mud. Sony also incorporated adaptive triggers into the L2 and R2 buttons of DualSense so you can feel your actions like drawing a bow to shoot an arrow. This feature can also be used to make underwater diving challenging by making it difficult as players go deeper. I hope that the developers will come with unique ideas to use this, unlike the underutilized touchpad in the DS4 controller.

Dual-Tone Colour: It didn’t take the internet much long after Sony revealed the new dual-tone color scheme of DualSense to start experimenting with it. People were creating amazing new combinations, and the internet flooded with fantastic fan-made designs. After seeing these fan-made designs, I am hoping Sony to allow users to customize their DualSense controller, just like the Xbox One controller customization offered by Microsoft. Talking about my design, I will probably create an all-black version that’s the stretch of my imagination folks.

Create Button: Sony will share more details on the Create button soon, but for now, they have not revealed much about the new Create button except that players can create epic gameplay content to share with the world. Maybe Sony will let players create and share a small playable part of their game for others (like a mini demo). I don’t know how they are going to do this, but if true, it’s going to be great.

Built-in Microphone: DualSense has a built-in microphone, which will let you talk to your teammate when your headset is not with you or when you want to have quick conversations. One exciting way it can be used is to give voice commands like saving a gameplay clip. The recordings can include your voice reaction as well. You can still use your headset, but it’s pretty cool to have a built-in mic unless you are talking to a button masher. So, despite not being one of the biggest new features, a built-in mic can bring a lot of quality additions.

Other Cool Little Changes: Apart from the things mentioned above, Sony has tweaked some small things that will enrich the player’s experience. 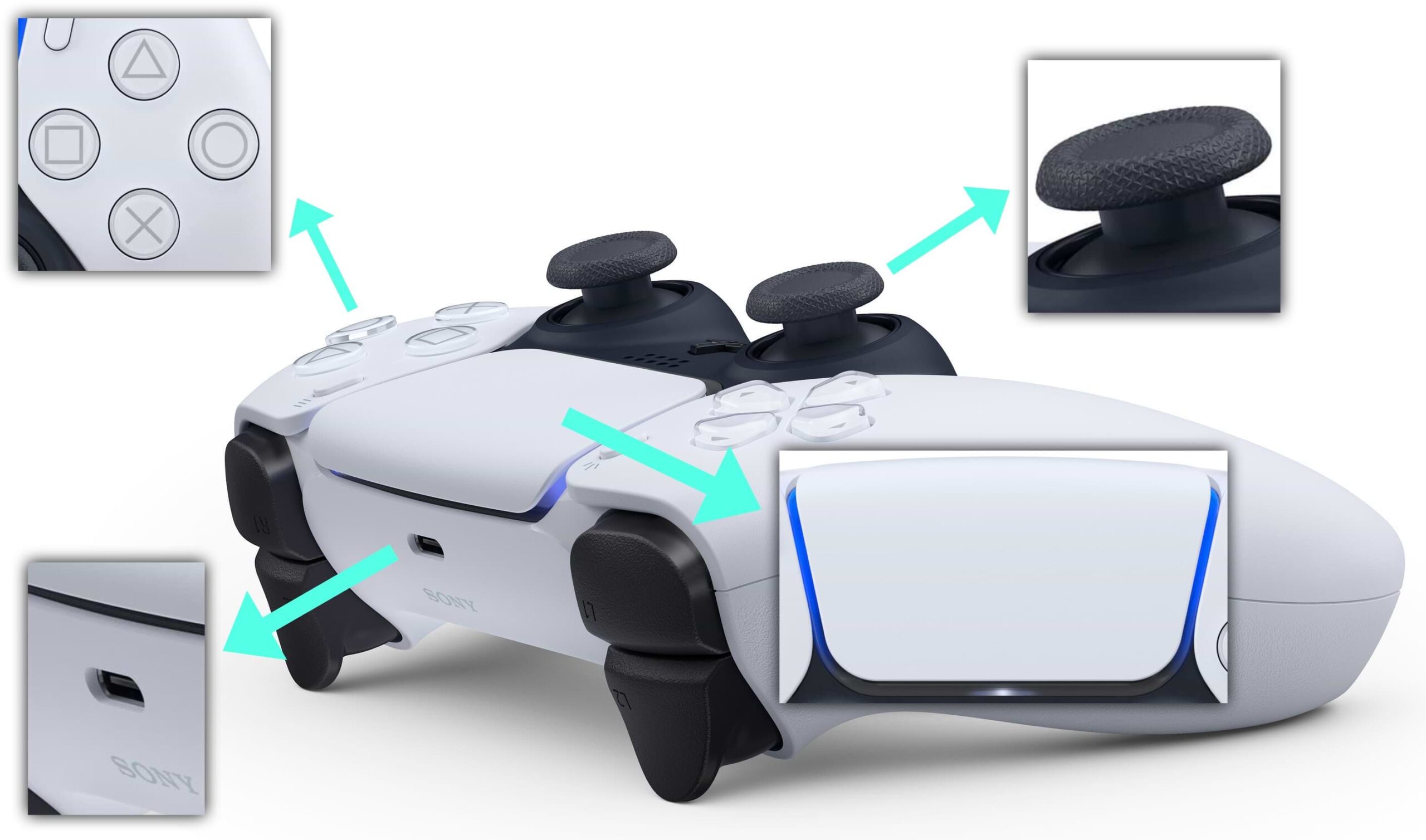 Some cool little things in the DualSense controller.

These are the things that I am excited about in the DualSense controller, and with the console reveal coming soon, I cannot wait to learn more about PlayStation 5.